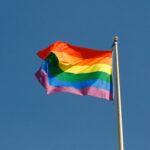 A Mind-Blowing Assertion Over the last couple of weeks, the internet waves have been exploding surged by the power of controversial statements made on a program of CrossPolitic. In this program, a guest named Jason Farley asserted that it was Baptist theology that gave rise to the individualism which has caused the transgender movement to blossom in our culture today.1 Now, … END_OF_DOCUMENT_TOKEN_TO_BE_REPLACED